"With PivotDesk, we’ve gotten a fully customized space with room to grow, without the expense or risk that comes with signing a lease—and the entire process couldn’t have been easier."

When Andy Stone set out to turn his small freelance business into a full-fledged design agency—Emerson Stone—he thought that a commercial lease would be his best option for securing office space. But after meeting with broker after broker who failed to find an office that fit both his company's image and its budget, Andy decided to get creative with the shared space he was already working in. By working with his host company to re-imagine a dedicated space within the shared office, Andy was able to grow his team and create a unique company culture without committing to a risky long term lease. Plus, with the money he's been able to save on office space, Andy has been able to invest in handcrafted custom furniture and artwork that puts his host company— PivotDesk HQ—to shame.

Andy Stone, the principle and founding partner of Boulder-based design agency, Emerson Stone, first started using PivotDesk in 2013, after leaving his full-time job at a startup to start freelancing as a designer.

At the time, Andy had been contracting for PivotDesk on various design projects, and happened to find an open seat at PivotDesk’s Boulder-based headquarters.

That's right, he PivotDesk’d at PivotDesk. That might sound confusing but it ended up working well for both teams.

Andy benefited from having a conveniently located office, without feeling constricted by a longterm lease or having to worry about the hassles of a coworking space.

"I’ve checked out a number of coworking spaces. While they work well for some small teams, it’s a pain to find a place to make private phone calls and meet with clients. I wanted to plan for the businesses I hoped to have, rather than the one I had at that moment."

The PivotDesk model gave him the ability to rent out one space at a time, as his freelanceing business dictated, and Andy was able to keep his focus on growth, rather than on shuffling from office space to office space.

In 2014, after signing on several more clients, Andy decided it was time to move on to something more permanent than just freelancing. He and his new business partner, Jamie Emerson, founded Emerson Stone, a design agency specializing in creating beautiful brands and thoughtful applications. They work with clients ranging from tech startups to major outdoor companies. 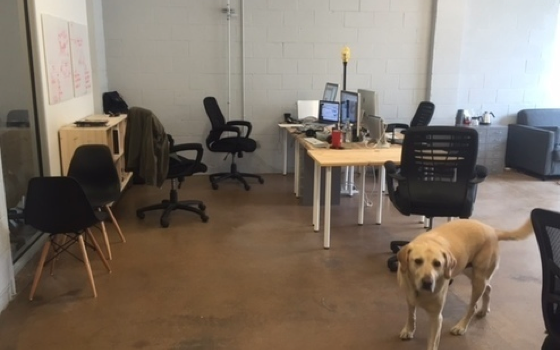 As Andy and Jamie continued to grow the Emerson Stone team, they soon realized the need for an office space to call their own.

Andy started his search for office space by meeting with brokers who warned that with his budget and the early stage of his business, his options would be limited to the less desirable office complexes miles away from downtown.

Andy felt strongly that he could not compromise on location, nor aesthetic when it came to his company’s space. As a design agency, the office served as an extension of the company’s vision. After communicating this to the various brokers he approached, he found that they were only able to show him offices that were either outside of his price range or completely wrong for his company's image.

"Again and again, the brokers tried to put us in a space that just wasn’t right. Spaces I couldn’t make right. It was just a waste of my time."

When Andy did find a space he thought he could make work, he was shocked by the lease terms the landlords wanted him to sign. With his business still in its early stages, he couldn’t risk making a long term commitment.

Another broker encouraged him to move his business to a coworking space, but Andy remained adamant that if he wanted to set his company apart, he needed a space fitting of the quality of the work his business produced.

"It sends a different message when you meet with your clients in a coworking space. You can’t prove that you can do big things, if you seem like a small agency. We needed to set ourselves apart."

For Andy, it became clear that he wasn’t going to just stumble upon the perfect office at the perfect price. Instead, he chose to re-imagine the shared PivotDesk space he was already in (which happened to be PivotDesk’s HQ) and work to create a space that could accomodate the growing team.

As the host, PivotDesk was more than happy to accomodate Andy’s growing team. PivotDesk benefited tremendously from having a design agency close by, and the energy Emerson Stone brings to the space is infectious.

For Andy’s business, transforming his PivotDesk space as a guest has involved bringing in custom made standing desks, hanging artwork that fits his company’s style, and creating a lounge area where they could meet with clients. The Emerson Stone logo is displayed on the business’s door, right alongside PivotDesk’s, and you’ll often find employees from both companies sharing couch space, grabbing snacks from the communal kitchen or playing a game of cards in one of the lounge areas at the end of the day. 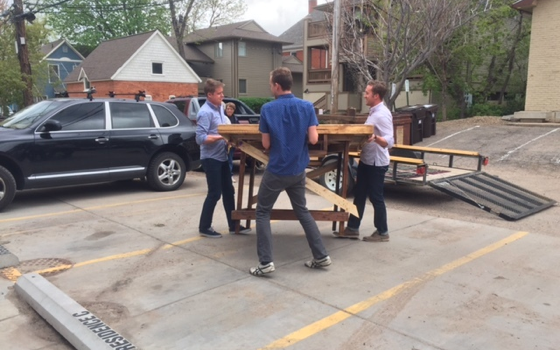 Emerson Stone brought in custom furniture to customize their space.

Along with being able to establish his business’s own culture and aesthetic, Andy says he has benefited from PivotDesk's service by weighing the different costs and time between PivotDesk and a traditional office lease.

By working with PivotDesk on a simple solution for office space, Andy has focused on hiring new employees and working on projects that grow the agency.

Rather than getting locked into a longterm lease, Emerson Stone plans to stay in the PivotDesk space for as long as they need. Andy appreciates that he is able to save money on overhead costs while steadily building his team and his client base. Though they share space with several other companies, the agency has made their portion of the office truly unique to their brand. 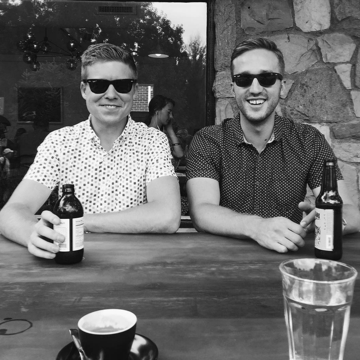 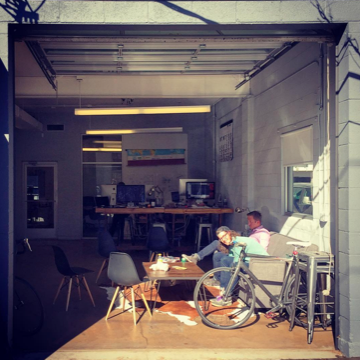 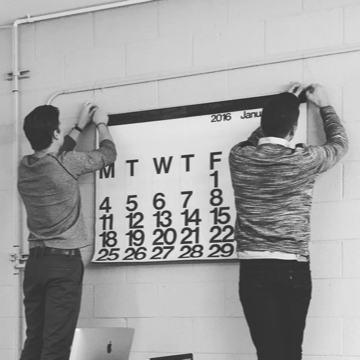 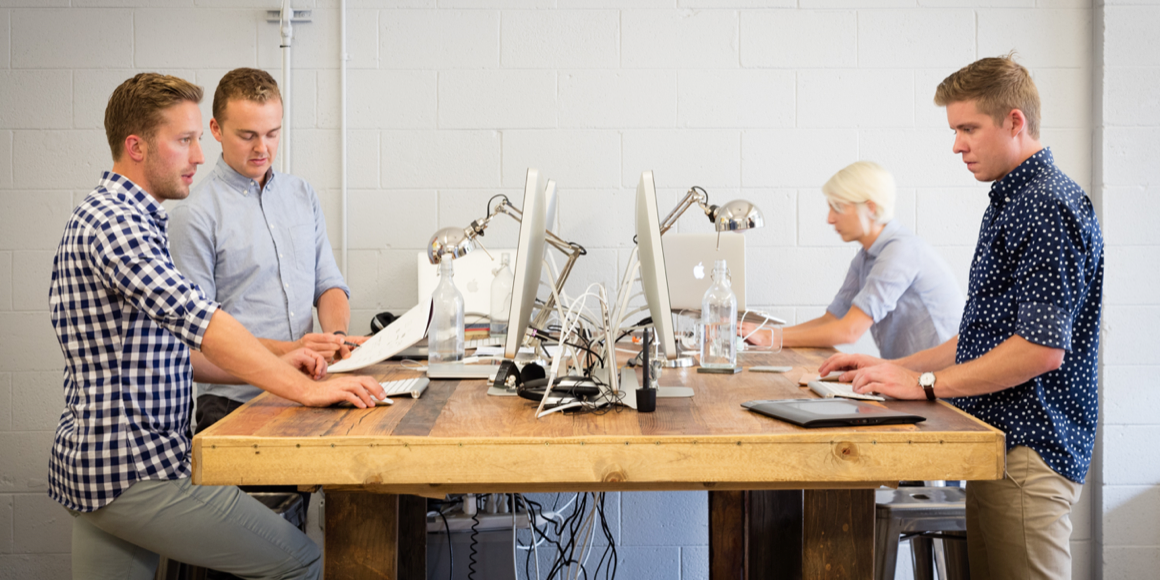